If you’re in a relationship and your your boyfriend pays any attention to another woman — or someone pays attention to him, there is the potential for feelings of jealousy.

Jealousy is based on fear and insecurity. Fear that you’re not enough, that you will lose your guy to another woman. And it can lead to the desire to attack, to control, to withdraw.

I’m not going to invalidate your feelings by saying, “Well, boys will be boys.” You may think your guy should never even look at another woman. You may think it’s futile to think otherwise and you just have to somehow live with it. But let’s put him aside for the moment. The jealousy is your feeling, so let’s work through it before even thinking of what to do about your relationship.

If we can get all Zen for a moment, whatever your guy is doing is simply what he is doing. If he is looking at models on Instagram, your reaction to that is going on inside you. Your jealousy is based on a story. Maybe that story is, “What? He has me, why does he need to look at other girls?” or “He must not be that attracted to me — I can’t possibly measure up to those girls” or “Can I find just one guy who doesn’t objectify women?”

Whatever it is, it’s a narrative you create in your head. The narrative may very well be driven by pop culture, women’s magazines, the advertising industry, your personal history, your friends’ experiences. But it’s yours.

I don’t mean to minimize your feelings by saying, “It’s all in your head.” If your guy is openly flirting with other girls or admiring babes on social media, then that may be an issue in your relationship.

The point of this is to reduce the likelihood of being reactive. Your guy’s behavior may be totally benign and he just likes looking at pretty women and he still thinks you’re the bee’s knees. Or maybe he’s a dog and he slides into models’ DMs and sends dick pics.

But before you think about him, know your story, and where it comes from. How much is it from living in a toxic patriarchal culture? How much is it based on your experience with past boyfriends whose behavior resulted in you feeling not attractive or not feeling secure in the relationship?

When you step back and see what narrative is driving your jealousy, you can be more detached from it. Not detached as in “I’m not feeling this” but in the sense that you can observe yourself and be more mindful about your response.

Feel free to feel whatever comes up, of course. Actually, when you are aware of your story, older feelings may come up. Maybe grief or sadness about not loving your body. Maybe fear of losing someone you love and being alone/lonely. About feeling used or undervalued.

All feelings are signals. Look at what your jealousy means to you. You’re going to be abandoned? You’re not hot enough? Your guy is going to cheat on you? Your guy is not satisfied with your sex life?

Break it down. Write about it. Discuss it with a friend or a psychotherapist. Then, if it feels appropriate, share openly with your boyfriend about your jealousy, and where it comes from. Examples:

Your boyfriend may be gentle and understanding, or defensive and guarded. That’s information for you. But the key thing is that you are aware of where the trigger comes from, and you can talk about your feelings without attacking or making demands, but rather by just being open and vulnerable. It may not be safe, but it’s more likely to result in a healing interaction. 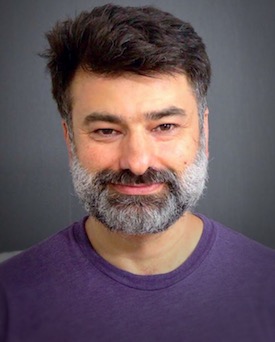 I am a licensed Mental Health Counselor in NYC. Let me help you on your path towards freedom from compulsion, obsession, anxiety and depression.